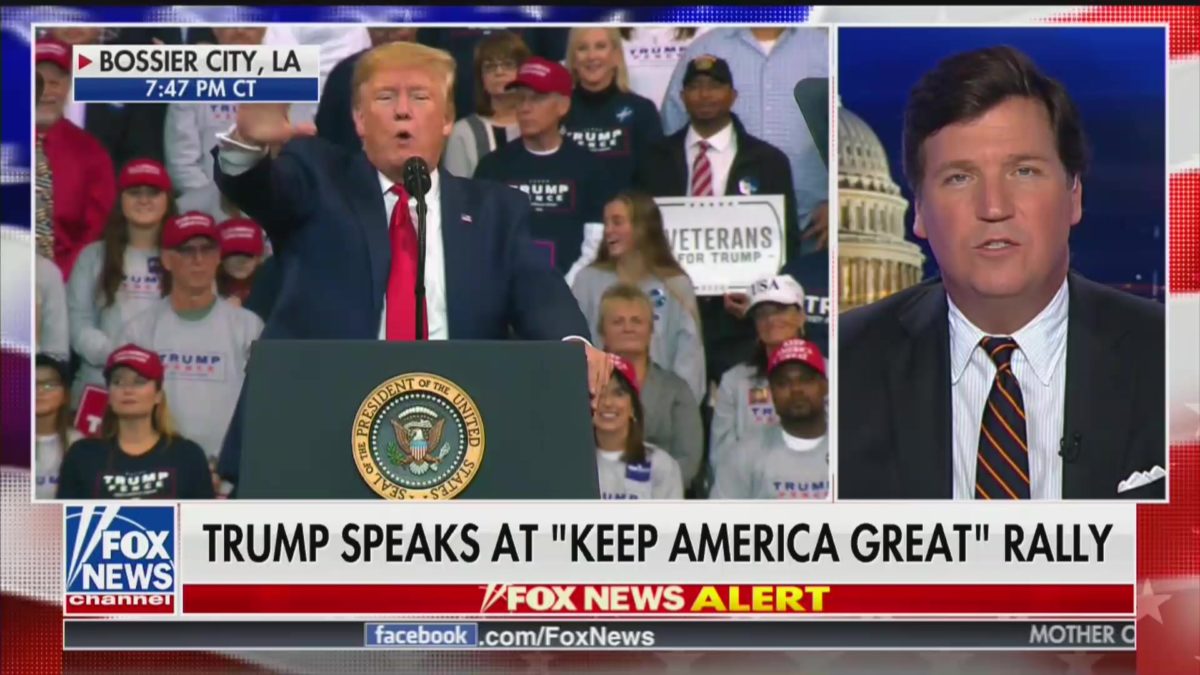 Fox News host Tucker Carlson saw a massive win in the ratings Thursday night, with a President Donald Trump rally popping in during the last 20 minutes.

Both of Fox’s key primetime hosts, Carlson and Sean Hannity, adopted a strategy of cutting into Trump’s Thursday night rally in Louisiana whenever he broached national political issues. Hannity drew 499,000 viewers in the demo and 3.548 million viewers overall.

During his rally, Trump mocked the members of his own administration testifying in the impeachment inquiry, saying they are unraveling, and their sinister plans will fail. They have already failed, as far as I’m concerned.”

“As a deplorable, I believe that everybody counts, and I care about you,” he told the crowd.