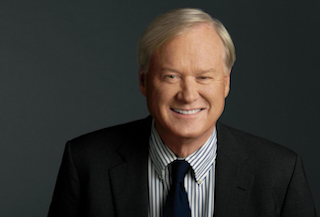 MSNBC’s Chris Matthews returned to the air Tuesday evening and came in first place during his 7pm time slot in the 25-54 demo, beating Fox’s Greta Van Susteren, who came in second. Matthews’ had 262K in the demo, while Van Susteren had 237K. CNN’s Out Front, with fill-in host Don Lemon, came in third with 122K.

Van Susteren’s show was #1 in total viewers with 1.866M vs. Matthews’ 906K. Hardball was the highest-rated show in both the demo and total viewers on MSNBC.