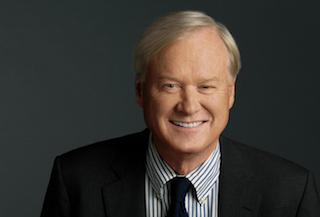 Matthews was #2 in his time slot behind Fox’s On The Record with Greta Van Susteren, which had 294K in the demo and 1.572M total.