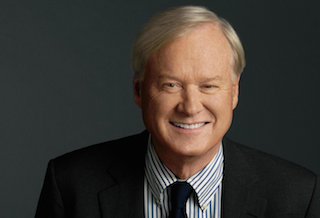 Chris Matthews had the most-watched show on MSNBC Tuesday evening with 989K total viewers. Matthews’ Hardball was followed by The Rachel Maddow Show, which had 976K total viewers and then The Last Word with Lawrence O’Donnell, which had 793K.