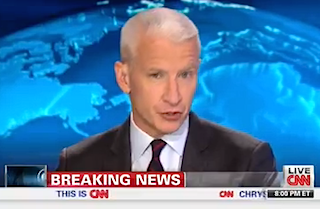 The continued breaking news stories out of Ukraine and Israel helped CNN beat MSNBC in the 25-54 demo for Tuesday night’s primetime hours by a large margin. With an average 211K between 8 and 11 p.m., CNN nearly doubled MSNBC’s 114K. Meanwhile, Fox News almost doubled CNN with 401K.