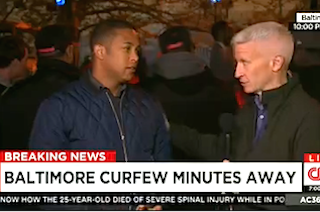 With Don Lemon at the helm as Baltimore’s 10 p.m. curfew went into effect Tuesday night, CNN had the highest-rated hour in the 25-54 demo across all of cable news with 1.144M viewers. During that same hour, Fox News’ Hannity came in second with 853K and MSNBC’s The Last Word with Lawrence O’Donnell was third with 280K. CNN beat Fox News in the primetime demo for the second consecutive night, 769K to 767K.