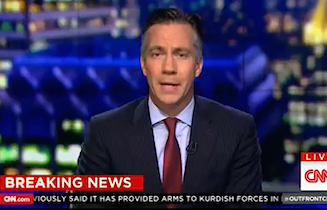 Filling in for Erin Burnett on CNN Tuesday evening, Jim Sciutto managed to come in first place in the 25-54 demo, beating Fox News’ On the Record with Greta Van Susteren and MSNBC’s Hardball with Chris Matthews.