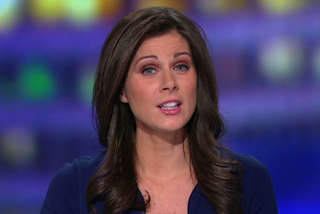 With 247K viewers, Erin Burnett OutFront was the highest-rated show across CNN’s schedule in the 25-54 demo. During the 7 p.m. time slot, Fox News’ On the Record with Greta Van Susteren was #1 with 360K while Erin Burnett came in second and MSNBC’s Hardball with Chris Matthews was third with 149K.

In total viewers, Burnett’s 599K was second on CNN to The Situation Room with Wolf Blitzer at 6 p.m., which drew 631K viewers.