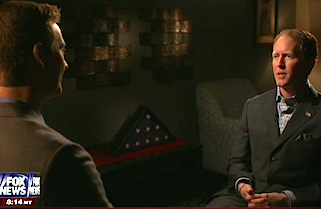 Fox News aired the first hour of its exclusive interview with Navy SEAL Rob O’Neill, The Man Who Killed Usama Bin Laden, at 10 p.m. Tuesday night and the show drew the highest ratings of the night in the 25-54 demo with 532K viewers. Fox’s The O’Reilly Factor came in second with 488K, followed by The Kelly File in third with 470K.

In total viewers, Bill O’Reilly held on to the top spot with 3.200M, but the bin Laden special’s 2.697M was the most-watched 10 p.m. hour of 2014 on Fox, beating all airings of the regularly-scheduled Hannity.