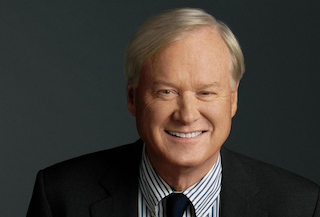 Hardball with Chris Matthews was the most-watched show across MSNBC’s primetime lineup Tuesday night with 930K total viewers. The Rachel Maddow Show came in second on the network with 877K and All In with Chris Hayes was third with 818K.

In the 25-54 demo, Chris Matthews‘ show came in second place on MSNBC with 216K viewers, behind Rachel Maddow who had 274K.