Tuesday Cable Ratings: Megyn Kelly #1 in Demo for All of Cable News 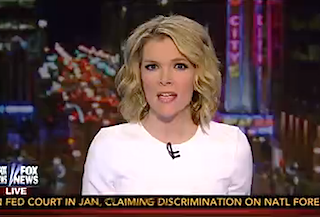 The Kelly File was the highest-rated show in the 25-54 demo Tuesday night both on Fox News and cable news as a whole with 496K viewers. Megyn Kelly’s 9pm show beat Bill O’Reilly at 8pm, which had 452K viewers in the demo. In total viewers, The O’Reilly Factor was on top with 2.816M, followed by Kelly with 2.549M.