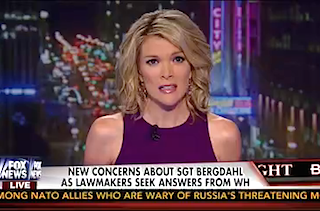 For the second night in a row Tuesday, Fox News’ The Kelly File was the #1 cable news show in the 25-54 demo, coming out ahead of The O’Reilly Factor.

During an hour in which she broke the news of a candidate’s loss to that candidate, Megyn Kelly averaged 375K in the demo. Bill O’Reilly was second with 366K and Sean Hannity came in third with 295K. O’Reilly maintained his top spot in total viewers with 2.440M. Kelly was second with 2.329M, followed by The Five with 1.781M.