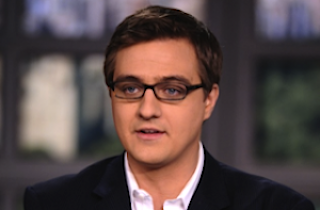 In total viewers, Bill O’Reilly‘s show also came in first with 2.812M, but Hayes was second with 500K and Anderson Cooper was third with 484K.