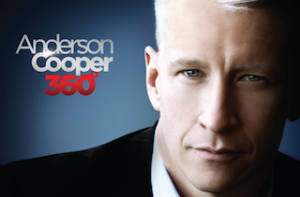 Tuesday night, Anderson Cooper 360 on CNN narrowly beat out All In with Chris Hayes on MSNBC to grab second place in the 8pm time slot behind the first place O’Reilly Factor on Fox.