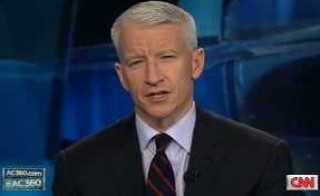 The good news: CNN’s Tuesday night debate numbers gave the network a clear-cut win over Fox News in both total viewers and among viewers aged 25-54 in the 8 p.m. and 9 p.m. slots. Additionally, Anderson Cooper got a huge boost from the debate as his lead-in, attracting 405,000 demo viewers and toppling FNC’s Greta Van Susteren at 10:00.

The not-so-great news? CNN’s debate ranked just seventh overall among the 10 debates (11 if you count Bloomberg’s) so far in this election cycle. But it did help to create a…

Debate Fun Fact:
The best weeknight to have a debate, as far as demo ratings are concerned, is Wednesday, where the debates pull an average of 1.36 million viewers (The one CBS Saturday night debate attracted 1.52 million). Tuesdays come in second, with an average of 1.35 million, while Thursdays are third (1.327 million), and Mondays are last (1.025 million). Your move, Fridays and Sundays.

Other nuggets from Tuesday: