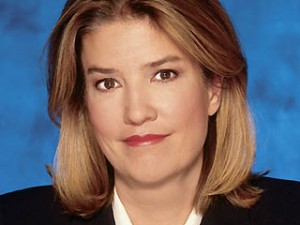 On Thursday night, Shepard Smith took third place overall (behind Bill O’Reilly and Sean Hannity) in the 25-54 year-old demo ratings. On Friday night, Bret Baier surged to third. On Monday, it was The Five. Tuesday night? Greta Van Susteren drew 406,000 viewers and landed in third place overall for the night.

Is this just some fun little game Fox News is playing with all of us? Rotating shows in and out of third place by manipulating Nielsen families with subtle mind games? One never knows. But for now, kudos to Van Susteren for being one of only three shows on the night — and the only non-O’Reilly/Hannity show this week — to draw over 400,000 demo viewers.

On a related note, we’ve heard that Van Susteren and her crew might have blown out Rush Limbaugh‘s power in his studio for 15 minutes today (although an emergency back-up source ensured the radio show wasn’t interrupted) as they were prepping to tape an interview with him in Florida. The lights for the interview were supposedly off, meaning it wasn’t FNC draining the power or tripping the circuits, so who actually blew out the power is in dispute. But the last time this happened to Rush’s studio? When Fox News previously came to Florida to interview him. A portion of Van Susteren’s talk with Limbagh will air tonight on her show, at 10 p.m. An extended version of the interview is slated for next week.

Other nuggets from Tuesday night: