Richard Martinez I Don't Care if You're Sorry Do Something
video

UCSB Victim’s Father to Pols: ‘I Don’t Care if You’re Sorry,’ Do Something! 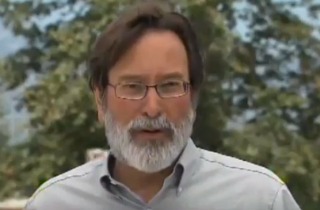 Richard Martinez, the father of UCSB shooting victim Chris Martinez who railed against the NRA on Sunday, spoke with Anderson Cooper Tuesday night and sent a very clear message to all the politicians calling him: stop calling me to offer me sympathy and just do something already. A very emotional Martinez started the interview by praising Cooper for his decision not to show the name or face of the shooter in his reporting, and said it’s important for the whole media to do that, because to give the shooter that kind of attention “creates the environment for the next shooting.”

Martinez also said that politicians have reached out to him to offer their condolences, but told Cooper he has no interest in hearing any of what they have to say if all they have to offer is words without action.

He vowed that in honor of his son, he would take action himself to make sure this type of tragedy doesn’t hit any other families.