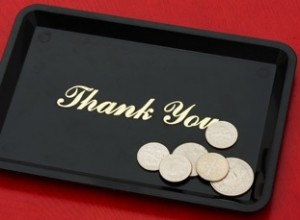 On Saturday morning’s Up with Chris Hayes, celebrity chef and Top Chef host Tom Colicchio joined #upper-picker-upper Chris Hayes for a lengthy discussion of food politics, including a panel discussion that delved into the restaurant industry’s role as low-wage employer to the nation. Like Fat Albert-ians before them, “Uppers” are in constant danger of learning something, and this morning, this viewer learned that one-time Republican presidential front-runner Herman Cain is largely responsible for the $2.13 federal minimum wage for tipped workers. Here’s what that really means.

I highly recommend you check out Hayes’ one-on-one interview with Colicchio, as well as the excellent panel segments that followed (not to mention the Voting Rights Act segments that led off the show), but what stood out to me was the Herman Cain bit, because it was something I didn’t know, about a subject with which I’m very familiar. Hayes began the segment by asking restaurant server Victoria Bruton about the challenges of working for less than a third of the minimum wage.

Victoria explained that having kids meant she was really only able to work lunches, a much less-lucrative shift for tips. “If we got a slow lunch, a whole hour would go by, no table, no tip,” she explained. “My paycheck would be eaten up by taxes and Social Security, there were times I made no money per hour.”

“What did that mean for how you went about paying (the bills) — there’s such a volatility?” Hayes asked.

“Every day was a crapshoot,” Bruton explained. “Every day at the end of the week, I’d sit down with the money I made, had to make tough decisions. Okay, this would go to rent. Okay, we have to choose between the electric bill, gas bill or the phone, I would borrow left and right, just trying to balance my budget,” and hope to make it all up with a good Friday night.

Author and Up panelist Saru Jayaraman interjected, “Let’s remember the history of how this came about,” and explained that, until 1991, the minimum wage for tipped workers was indexed as a percentage of the federal minimum wage for all other workers. “In ’96, Herman Cain, President of the National Restaurant Association, struck a deal with Congress saying they would not oppose the minimum wage to rise as long as the tip wage stayed frozen.”

Colicchio then threw in a shot at the former Godfather’s Pizza CEO, saying, “I think calling Herman Cain a presidential candidate is a stretch.”

Cain’s lobbying to screw over restaurant servers and buspersons is an extension of the GOP’s general crusade against the minimum wage, on the theory that if you pay the french fry-guy too much money, businesses will cease to need french fries, and if you pay them half, businesses will hire two guys to run the fryer. The real aim, of course, is to allow businesses to exploit workers, while taxpayers pick up the slack.

The Up panel went into a lot of what’s wrong with this low-wage tip economy, but missed a few opportunities to illustrate how that $2.13 wage is actually worse than it sounds, and how restaurants can exploit it.

The basic idea of the tip economy isn’t a bad one, because, when applied fairly and meritoriously, it allows these workers an opportunity to far exceed the earning potential they might otherwise expect. Giving great, attentive service means tables turned faster, bigger tips, and more loyal customers for the business. The tip economy is a great incentive for front-of-house workers, but that incentive is not enhanced by the lower hourly wage, and in many ways, destroys it.

Take Victoria Bruton, for example. Hers is a common problem in restaurants, the divvying up of lunch shifts and lucrative dinner shifts. Even servers with open availability will have to take some lunch shifts, some small sections, some closings, in the name of equity, and the general idea is that you balance it all out with your boffo Friday night. That’s the best case, and here’s what that best case means.

When servers work lunch, they have to show up at 9 am, or earlier, to do what’s called “sidework,” which consists of cleaning the restaurant, setting the tables, rolling silverware, and lots of food prep. They get paid that $2.13 an hour for all of that work, even when the restaurant isn’t open yet. That’s insanely cheap labor, and it creates an incentive, for the business, to overstaff their lunches, which dilutes the amount that can be earned by each server. It also means scheduling less kitchen workers, who earn a relatively higher wage.

Let’s say you work a 9-3 lunch shift. The lunch rush typically starts at around 11:30, and ends at 2, so most of that time, you’re doing non-serving work, and in some restaurants, you’re also expediting your own food because the shift is too slow for an expo person. You have made $12.78 in wages, and much of the prep work you’ve done will benefit the more-profitable dinner shift, which you will not share in. Most of the people you served thought you made minimum wage, too, and maybe saved themselves a little dough by tipping you less as a result. Maybe you got stiffed once or twice because the kitchen crashed. Depending on the restaurant, it’s not unusual for a server to come away with much less than the $31 in tips that would push them up to the minimum wage for lunch. Let’s say you only made $20 from two tables, plus zero from the one that stiffed you. That’s $32.78 for six hours of work.

That sounds shitty, but it’s actually much shittier than that. First of all, you now have to tip out 3% of your sales to the bartender, hosts, and server’s assistants (buspersons). Keep in mind, this isn’t based on your tips, but your sales, so if you sold $250 worth of food and beverages, and one table stiffed you, and the others gave themselves a bargain on your tip, you are still paying your tipshare based on those sales. That’s $7.50 out of your $32.78, leaving you about $25. Now, though, you’ve got to pay taxes on the wage you earned, and on the tips, except once again, your taxes are figured based on sales. Even though you only made $20 on that $250 in sales, you’re being taxed as though you made $25.

Here’s the “good” news, though: the law says that if a tipped worker doesn’t make minimum wage after their tips and $2.13, the restaurant has to make up the difference. Cool, so they owe you, like, eight bucks now, right? Wrong, because they don’t figure that on a per-shift basis, it’s done weekly (and it doesn’t include that tipshare). That means that if you work four lousy lunches, the first dollars of that boffo Friday night aren’t helping you make up for the grunt work you did all week, they are making up for the minimum wage the restaurant didn’t pay you while they had you set up their dinner shifts all week.

If that sum sounds depressing, imagine Friday night isn’t so boffo. Your manager schedules too many servers (and why not, at these prices?), or the kitchen keeps crashing, or it rains, or you get sick, or your kids get sick, and suddenly, you’ve just blown your week chopping tomatoes for minimum wage, minus your tipshare. In either case, the restaurant makes the same amount of money, and they have paid you the same amount of money: $68.16.

The federal minimum wage is stingy enough, and it ought to be raised, but this onerous carve-out for restaurants should also be ended. There are states that mandate a higher minimum wage for tipped workers than the $2.13 federal rate, including California, where servers make the full state minimum wage of $8 per hour, and the restaurant business hasn’t disappeared from them.

Until then, though, you should keep all of this in mind when you’re dining out, and wondering if you should give your server “a little something extra,” as Quentin Tarantino‘s Mr. Pink calls it, because what you’re really doing is digging them out of the nearly-free labor hole that the restaurant put them in.