Joe Scarborough and Mika Brzezinski's Many Summer Days Off

Vacations For Days: Fewer than Half of Morning Joe’s Episodes This Summer Will Feature Both Joe and Mika 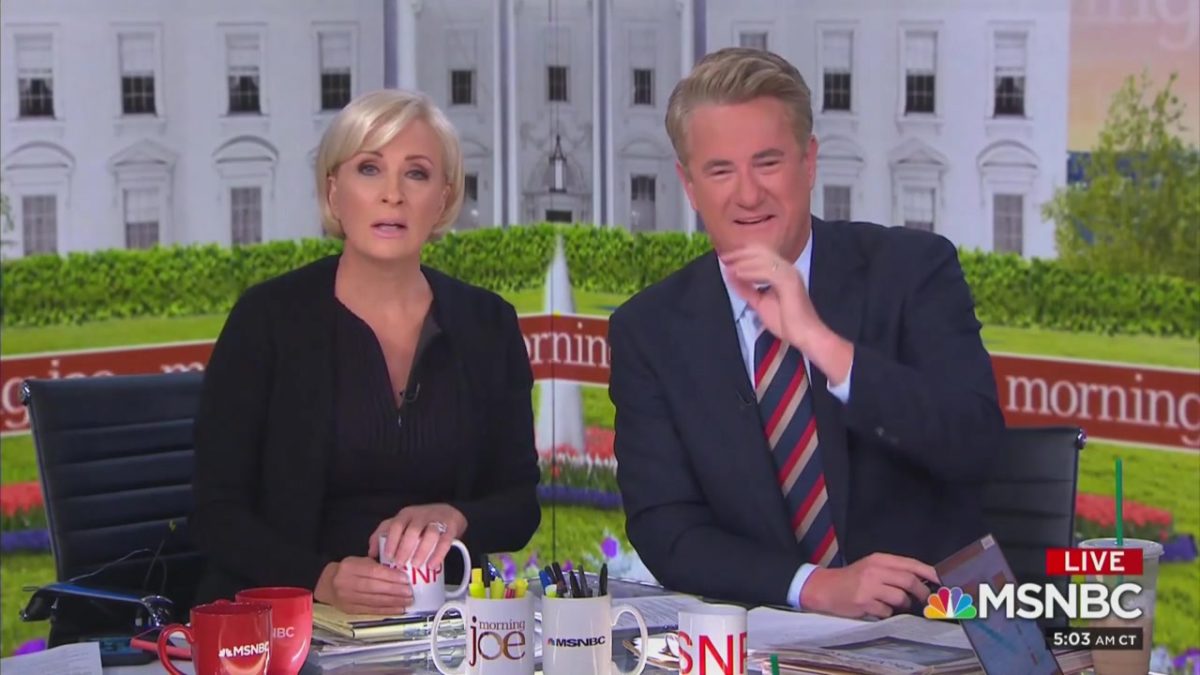 No question hosting a daily television show is an exhausting endeavor. The constant performance, always being “on” when the cameras are rolling, combined with the pressure of being well-informed enough on daily news to avoid the sort of gaffes that get you covered by media critics, is enough to drive one mad.

But this is why hosts and anchors are so richly rewarded. It is a lucrative and unforgiving business that requires intelligence, rigor, and stamina. Television personalities earn a lot of money. They also get many vacation days to recharge their batteries. But some personalities get more days off than others.

Take, for example, the co-hosts of MSNBC’s morning show Morning Joe. Joe Scarborough and Mika Brzezinski, who are now married, have been co-hosting the flagship program for roughly a decade.

They also have had a remarkable amount of days off this summer. Seriously: only 49 percent of the episodes of Morning Joe that aired from Memorial Day weekend to Labor Day weekend — they are both off for the rest of this week — featured both hosts.

Avid viewers of Morning Joe have noticed the intermittent hosting patterns of the two. Through the magic of the television transcript database TVEyes, it was a relatively easy thing to research.

Since the beginning of summer (Memorial Day weekend), there have been 62 weekdays so far. Of those, only 32 featured both co-hosts on set. Including the remaining days of this week before Labor Day that both will be off, a total of 32 of the 65 total summer episodes will have featured both of them hosting the show. Of the two, Scarborough has enjoyed more time off, taking 19 weekdays off so far (which will become 22 by week’s end), will Brzezinski has had 13 days off, which will become 16 by week’s end if she stays off.

That is a whopping four and three weeks off, respectively, over the course of just 13 summer weeks.

Who are we to complain about two cable news stars milking their comfortable position at a network to get some rest and relaxation? Kudos to agent Ari Emanuel for negotiating so much time off. It turns out they not only know their value but also understand how to leverage it into a healthy work-life balance.

Getting paid handsomely AND getting a lot of vacation days is the holy grail of any work professional, and one can easily argue that, given their outsized role of influence at MSNBC, network leaders like Cesar Conde and Rashida Jones are all too willing to take the spiritual lead from former boss Phil Griffin in keeping the talent happy.

It is also worth noting that top-rated prime-time star Rachel Maddow appears to have taken advantage of a similar negotiation position, which coincidentally was also conducted (in part) by Emanuel. Reports surfaced that Maddow was negotiating a new contract that would either see her host a weekly program and her daily show go away completely or perhaps host far fewer days a week (though it raised the question of how a program titled The Rachel Maddow Show can only have her host a few days a week.)

According to one network insider “Ari is steamrolling MSNBC by negotiating deals with more money and less work.”

The cable news business is an unforgiving one. Giving informed opinions on fluid news narratives is a challenge, and many outlets now cover cable news to adjudge the messaging (and occasional hot mic mistake.) One person’s analysis is another’s propaganda.

So good for Joe and Mika getting the time off, though now might be a good time for Willie Geist‘s agent to reach out to MSNBC brass.