Veep Creator: We Will Never, Ever Have Real-World Politicians on the Show

Veep Creator: We Will Never, Ever Have Real-World Politicians on the Show 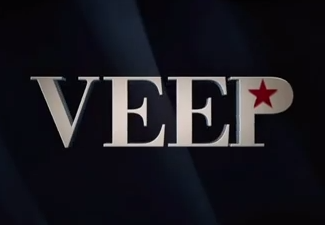 Sometimes politicians will make cameos on TV shows to show they have a playful side. Bill de Blasio did a spot on The Good Wife recently, Joe Biden and Newt Gingrich graced Parks and Recreation with their presence, and Chris Christie played straight man to the shenanigans of The Michael J. Fox Show. But what of Veep? The hit HBO show is largely viewed as the anti-West Wing with its incredibly cynical take on D.C. politics, the comedy ying to House of Cards‘ dramatic, Shakespearean yang. But would Veep ever have on real-life politicians for cameo roles?

Well, don’t get your hopes up, because creator Armando Ianucci said at PaleyFest yesterday that will never happen in a million years:

He says that those kind of cameos won’t happen for a couple reasons.

First, it would mess with the world of “Veep.” “It’s set in this parallel universe,” the creator said.

“If a living politician, a recognizable politician, turned up, you then say, ‘Well, he’s a Democrat. So, is Obama the president?’ The whole thing starts unraveling,” he continued. “So, there’s a ban on politics in the show, actually.”

But for some reason, Ianucci says that he’s received plenty of requests from politicians to appear on the show, which wouldn’t really work logistically, but beyond that, castmember Timothy Simmons (who plays the much-maligned Jonah) threw out the really obvious reason why a political cameo would just be wrong.

“Politicians who watch the show and want to be on think the show’s not about them,” he said. “We’re definitely making fun of them.”