VICE Co-Founder: CNN Is ‘Spiraling Into Sh*t,’ a ‘F*cking Disaster’ 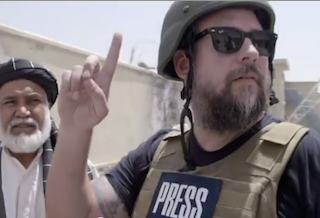 Season two of VICE begins tonight on HBO and to mark the occasion, VICE Media co-founder Shane Smith shared some harsh words about traditional cable news with the New York Daily News. “CNN is a disaster. It’s spiraling into shit,” he said in an interview. “They are trying to young it down, but everything they do is a fucking disaster. But what’s bad for CNN is good for me.”

That’s because Vice is trying to move into the territory that has been historically dominated by TV networks like CNN. Aside from their flagship HBO show, Smith and company recently launched Vice News, which aims to serve as a ‘twenty-four-hour global news channel” for the web, as Smith said last year.

“The Gulf War built CNN,” Smith told The New Yorker’s Lizzie Widdicombe There’s a lot of conceptions that news doesn’t make money, that young people don’t care about news. But young people obviously care about news—that’s why we’re successful. I know it sounds crazy, but let’s say, hypothetically, you become the default source for news on YouTube. You get billions of video views, [investment partner] WPP monetizes it. Then you are the next CNN.”

The VICE News YouTube channel currently has just over 200,000 subscribers and has been producing daily content about the crises in Ukraine and Venezuela along with other international stories.

Watch a promo for season two of VICE below, via HBO: