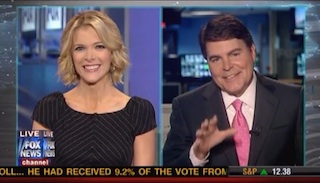 Yesterday, the FCC and FEMA performed a monumental and basically without precedent test of a nation-wide Emergency Alert System. At the same time, every television and radio station in the entire country was supposed to feature a test of the system for 30 seconds. Instead, some saw it the graphic for four minutes, some saw nothing, and some saw…Lady Gaga music?

Well, I think we can call that a fail.

However, in a blog post, FEMA has said that the test did just what it was supposed to, point out where the system needed work:

“As we have been explaining throughout this process, this initial test was the first time we have gotten a sense of the reach and scope of this technology. It was our opportunity to get a sense of what worked, what didn’t and additional improvements that need to be made to the system as we move forward. It’s only through comprehensively testing, analyzing, and improving these technologies that we can ensure the most effective and reliable emergency alert and warning systems available at a moment’s notice in a time of real national emergency.

This nationwide test served the purpose for which it was intended – to identify gaps and generate a comprehensive set of data to help strengthen our ability to communicate during real emergencies. Based on preliminary data, media outlets in large portions of the country successfully received the test message, but it wasn’t received by some viewers or listeners.”

That may be the case but it doesn’t make the goofy results any less funny. They also gave Fox News’ Greg Jarrett a chance to make one of the snarkiest on air comments we’ve seen in a while when he argued that listening to Lady Gaga was slightly better than listening to an alarm tone. Oh, burn!