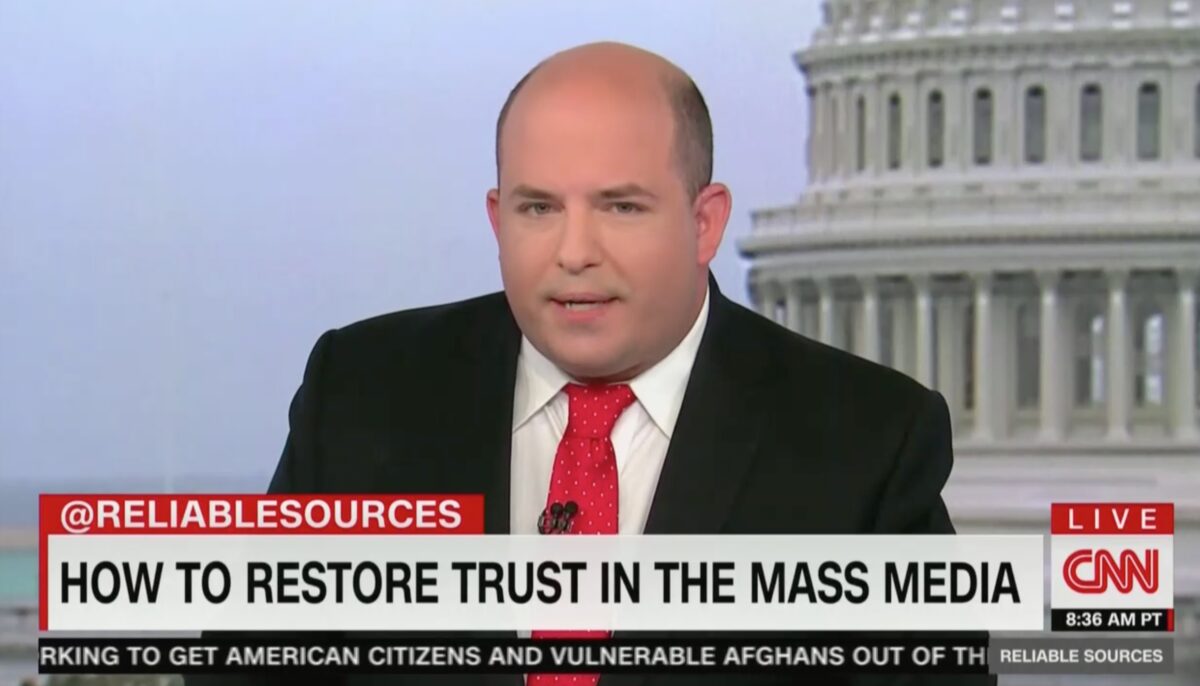 Washington Post media critic Erik Wemple took CNN to task on Tuesday for how it has handled coverage of the Steele dossier.

A number of mainstream news outlets have issued corrections and explanations regarding their coverage of the dossier, the credibility of which has been questioned since it was published by BuzzFeed News in 2017. Whatever remained of that credibility has since evaporated, as the dossier has been repeatedly debunked.

Wemple has been calling for accountability from news outlets that delivered fevered coverage of the dossier, and its salacious claims about former President Donald Trump.

On Tuesday, he focused on CNN’s effort to report on the media “reckoning” over the dossier, via a lengthy piece by CNN reporter Marshall Cohen published on Nov. 18. Wemple argued that the piece did not do enough to examine CNN’s role in promoting the document.

He also called out CNN’s chief media critic Brian Stelter for not covering the brouhaha on his Sunday show Reliable Sources.

A federal indictment unsealed on Nov. 4 against Igor Danchenko, the main collector for the Steele dossier on alleged Trump-Russia coordination, brought that already-discredited document back into the public conversation. Key claims in the indictment, furthermore, snowballed into a big media story, raising specific concerns about reports in the Wall Street Journal, The Washington Post and ABC News — as well as more general concerns about how outlets such as MSNBC, CNN, McClatchy and Mother Jones handled the story.

Yet “Reliable Sources,” Brian Stelter’s Sunday media program on CNN, hasn’t found air time for the Steele dossier. There have been no mentions of the document over the past three editions of the program, though there has been chatter about how Fox mogul Rupert Murdoch may approach the 2024 election and Stephen K. Bannon’s podcast.

We asked Stelter to explain the dossier’s omission. “No on the record comment,” replied the stickler for public transparency via DM.

Earlier this month, Igor Danchenko, who was a source for Steele, was arrested on five counts of making false statements to the FBI regarding the information he provided for the dossier.

Also earlier this month, The Washington Post issued corrections in its reporting on the dossier.

Wemple has previously called out CNN’s lapses, such as the much-criticized interviews between Chris Cuomo and his brother, ex-New York Governor Andrew Cuomo.

In March, Wemple directly confronted CNN on air for those segments, calling them “wonderful love-a-thon interviews.”

“They suspended the conflict of interest rule for Chris Cuomo for those interviews, yet all of a sudden they’ve enforced it again now that Andrew Cuomo is in the midst of an historic scandal in the Albany state house,” he said on Stelter’s show, Reliable Sources.

“It is a major black eye for this network,” he added.

Then in August, Wemple slammed Stelter for commentary on the conflict of interest over Chris Cuomo advising his brother on sexual harassment accusations. Stelter called the situation “complicated.”

“There is nothing at all ‘complicated’ about the story,” Wemple wrote. “CNN flouted journalistic ethics in spring 2020 when it allowed Chris Cuomo to host his brother about a dozen times in flattering gab sessions — and then, when the governor’s covid-19 and sexual harassment scandals piled up in early 2021, the network somehow tracked down its internal guidelines and banned Chris Cuomo from covering his brother. That switcheroo is what is unprecedented.”

The “complicated” situation with Cuomo sometimes included abstention. On the Steele dossier, Wemple argued the policy appears to be abdication.