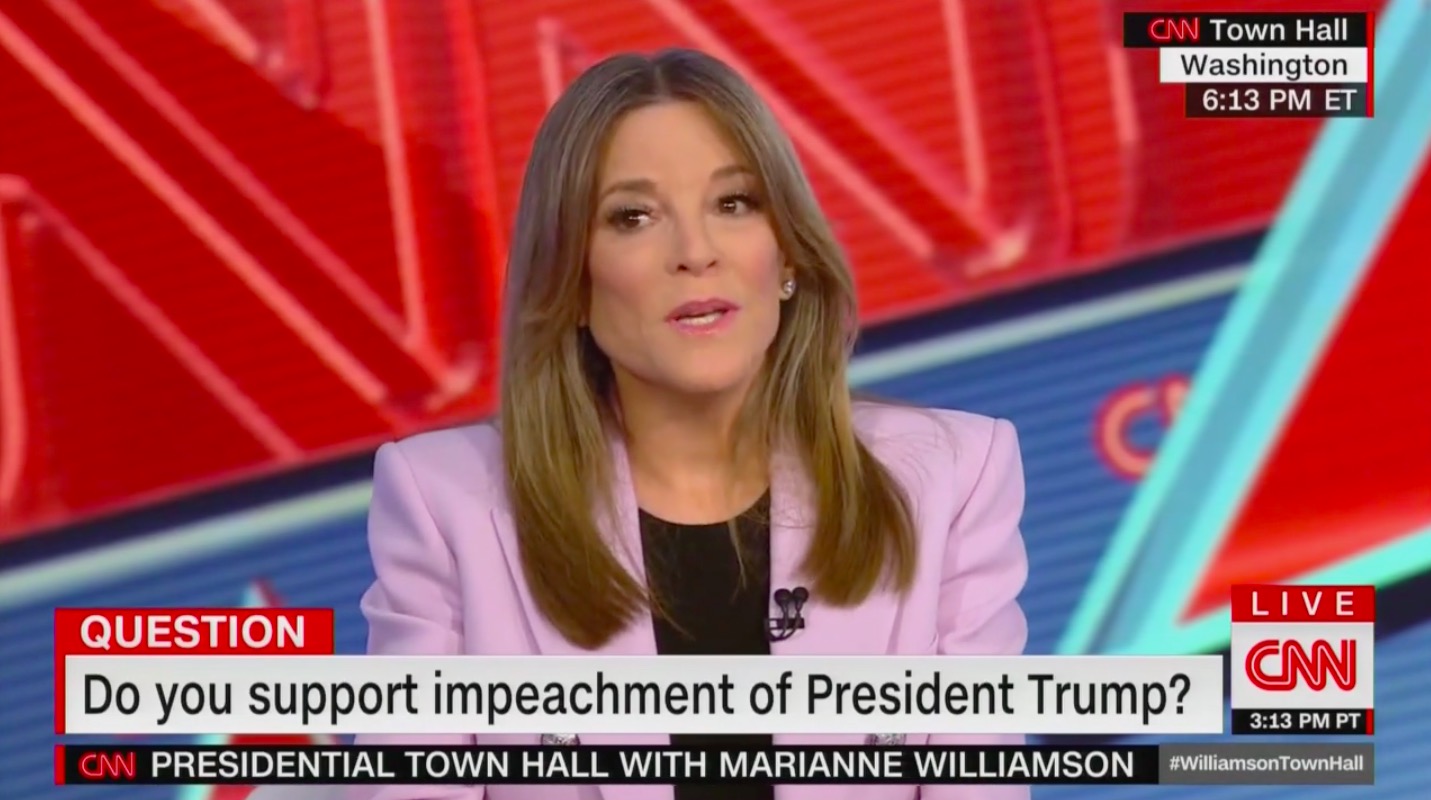 Williamson, an author and founder of food delivery program Project Angel Food who has joined the crowded 2020 field of Democrats, was asked by a D.C. resident if she supports the impeachment of Trump.

“Do I feel that he has committed impeachable offenses? Absolutely,” Williamson replied. “This president clearly has fascist leanings, and I think that all of us, conservatives as well as liberals, need to stop pretending that this isn’t true.”

“There are things about his behavior I would consider impeachable offenses. That’s a different question whether or not he should be impeached. The Republicans, as long as they are in charge of the Senate, they wouldn’t remove him anyway. I leave that to Nancy Pelosi. I’m sure she understands the quandary very well.”

Watch below, via CNN.