Alex Trebek Gets Choked Up By Final Jeopardy Surprise Answer

WATCH: Alex Trebek Gets Choked Up By Final Jeopardy Surprise Message of Support 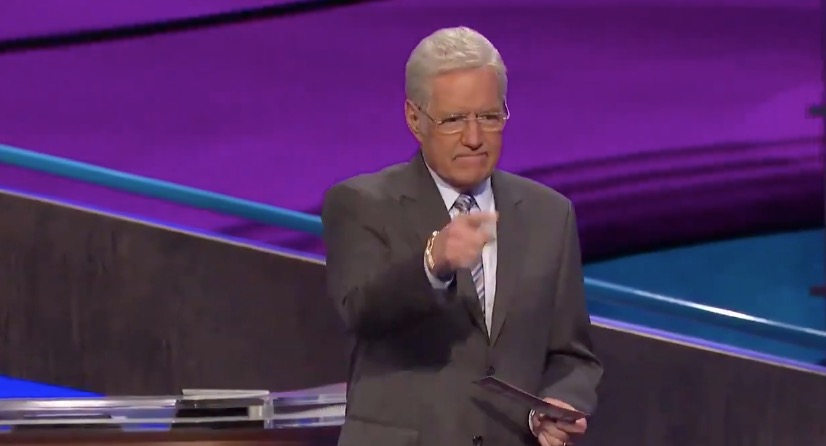 As a long-time host of Jeopardy, Alex Trebek is nothing but a consummate professional. But even the normally stoic Trebek was unable to withhold his emotions after a contestant opted not to provide a question (in the form of an answer) for the Final Jeopardy question, and instead offered a message of love and support.

Watch that moment below tweeted by Yashar Ali:

This is so touching. pic.twitter.com/6KQ7MBNzDc

Trebek has been in a rather public battle with pancreatic cancer, a battle that has featured ups and downs, and led to an outpouring of goodwill towards the gameshow host. In March of this year, the news broke that Trebek was diagnosed with stage 4 cancer, but in late April he announced that he would be returning to full time hosting of the syndicated show.

Roughly two months ago, Trebek returned to chemotherapy based on what he revealed as “numbers” that were “way too high.” It was this more unsettling turn of events that led to the contestant leave the message “What is We ❤️ You Alex!” after which Alex shortly paused to regain his momentary loss of composure.

It’s not clear when this episode was taped, as it is a syndicated show that tapes a number of episodes over the course of a few days. It is nonetheless a sweet and moving moment worthy of sharing.

This just in! Ali has identified the contestant in question, and encouraged his Twitter following to follow him as well:

This wonderful Jeopardy contestant whose touching tribute to Alex Trebek has so many of us in tears is named Dhruv Gaur.

Dhruv is a student at Brown University.