WATCH: Kellyanne Conway Refuses to Answer When Asked if Trump Lied About Trying to Fire Mueller 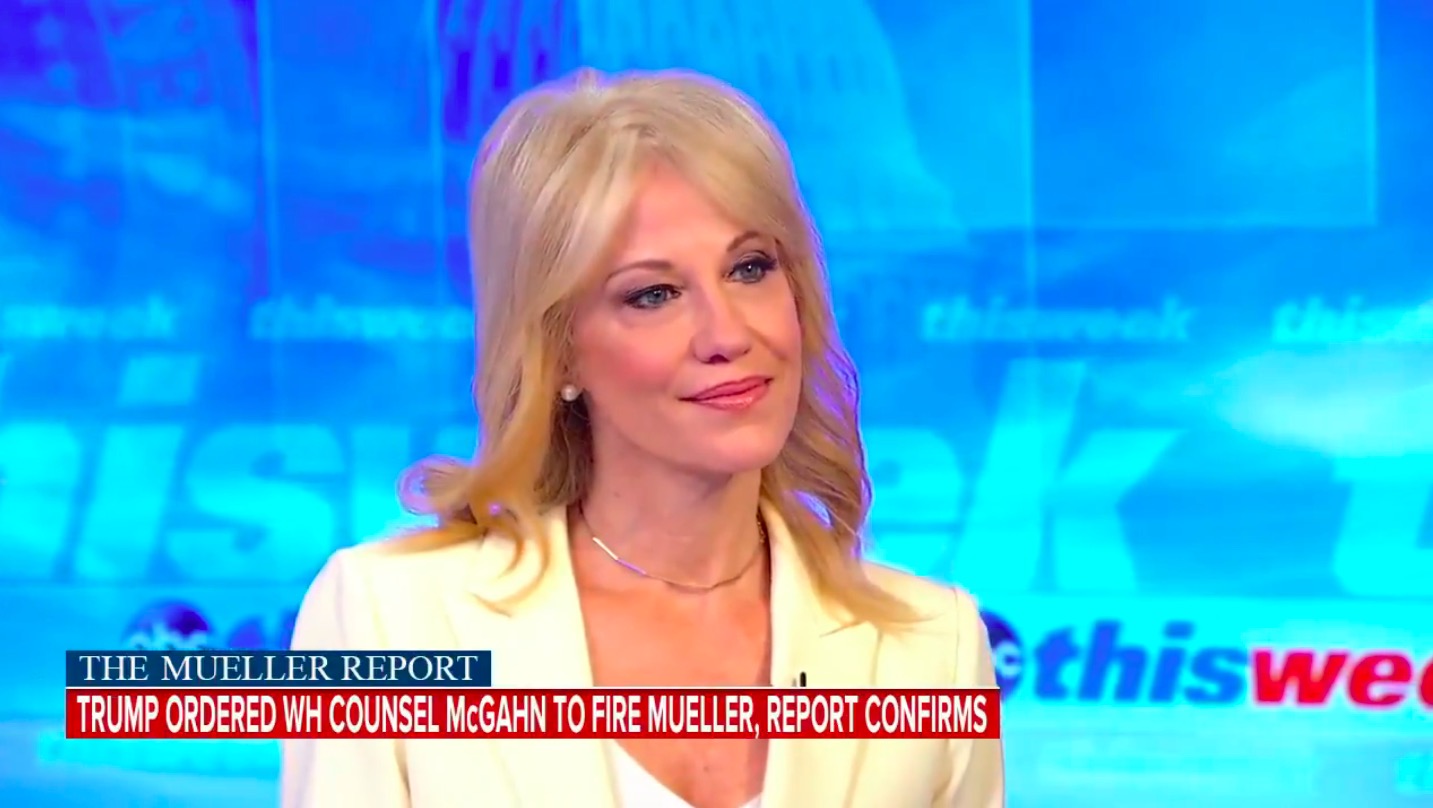 Raddatz noted portions of the Mueller report that detail Trump’s efforts to have former White House lawyer Don McGahn fire the special counsel. The ABC anchor then played two clips of Trump denying outright that he was even considering firing Mueller — including one in which he called a New York Times report on the subject “fake news.”

In response, Conway swiped at Raddatz for the length of her question, before arguing the president was “frustrated” by the probe.

“We are talking about what the president said,” Raddatz interjected. “He called it fake news. He said he did not try to have Mueller… removed. That’s not true.”

“The Mueller report itself says that there is no interference,” Conway replied.

“I just read to you about the Mueller report,” Raddatz said.

“If the president wanted to fire Bob Mueller he would have. In other words he has the authority to do that,” Conway said, though she never answered the question of whether Trump lied.

“If the president wanted to fire Bob Mueller he would have … he has the authority to do that,” she tells @martharaddatz https://t.co/yZdNkcaXhi pic.twitter.com/kApJkcu3wC