Live reporting is tough. You’ve got to set yourself up right, you’ve got to make sure you’ve got all the information you need, and then you’ve got to be ready for … unexpected interruptions. Fortunately, Darla Miles — a reporter for New York’s WABC — expected the unexpected and stopped a man from unwittingly ruining her live shot.

Miles was at New York’s Port Authority Bus Terminal earlier this week to report on service interruptions resulting from an overturned truck in a highway crash, forcing gridlock around the Lincoln Tunnel. While describing the implications for the rush hour commute, Miles put her arm out to block a man who was about to walk between her and the camera — all while stoically continuing the report.

The moment ended up getting viral attention, with Miles’s “ninja-like reflexes” drawing applause from media observers and the Twitterverse:

. . . we now move on to a live shot of Darla Miles enjoying a refreshing beverage at the local coffee shop:
?? pic.twitter.com/VzbciWul8l

Try to be as good at everything you do as Darla Miles.

Darla Miles’ stiff-arm of the man walking in to her shot reminded me of the great @davidaldridgedc catching a light mid-sentence. “A save and a beauty!” pic.twitter.com/EiWWOU3tEO

The block was highlighted on Twitter by WABC, so Miles showed off her meme game while thanking fans who appreciated her professionalism:

Thanks! This is how keen your reflexes become after covering crime in #nyc for 10yrs!! And I’m loving the comments…I’ve been called a #ninja and #jedi!! Now I’m just waiting for my call from the @nfl and my @HeismanTrophy!! ??? https://t.co/09eOVDufVl 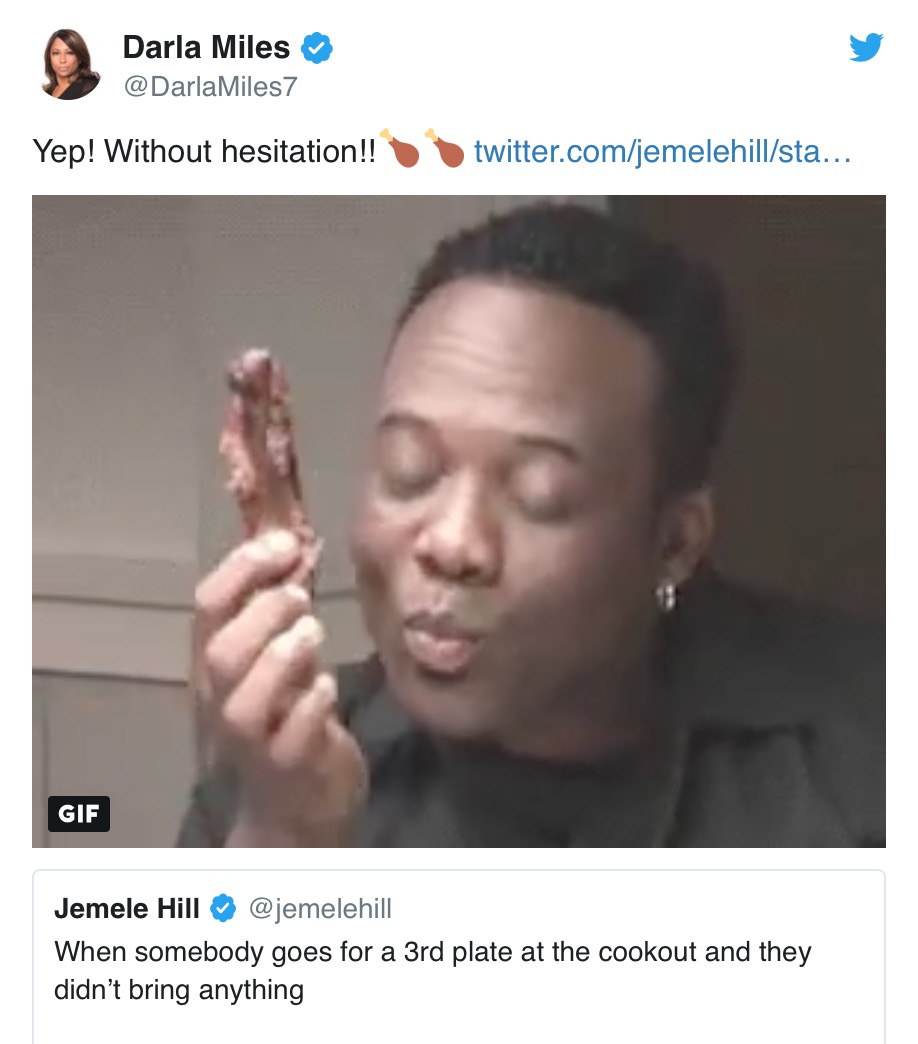 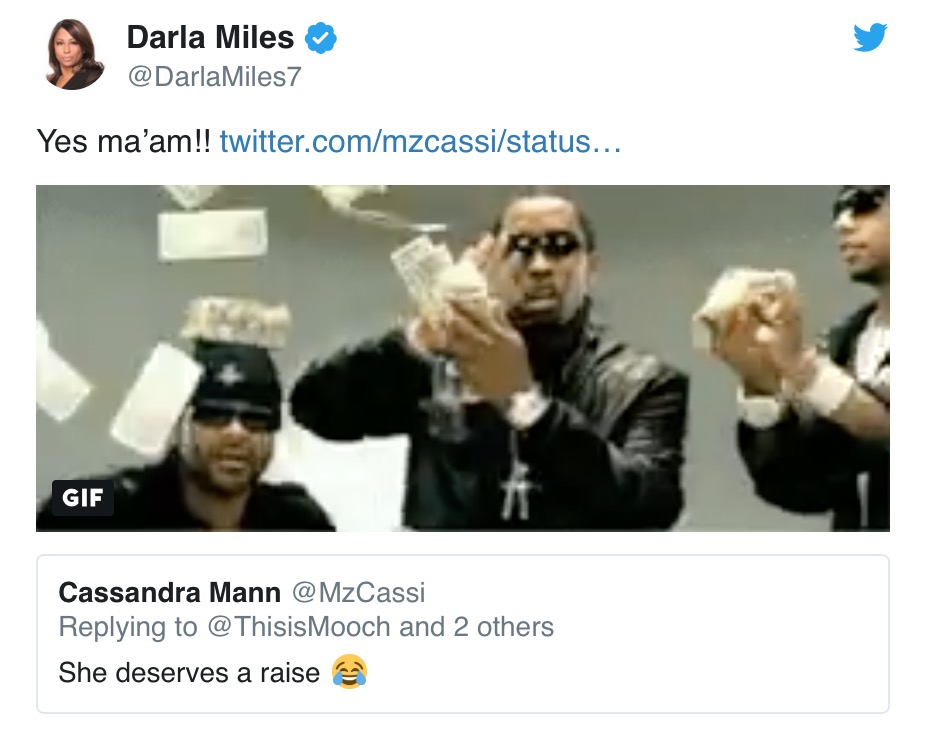 Watch above, via ABC7