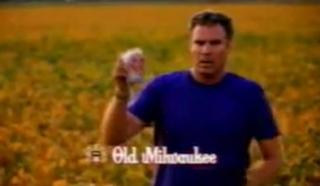 So, what was your favorite commercial during the game last night? Was it the one with the vampires? Yeah, that was good. The dog working out? Yeah, pretty cute. What was mine? Oh, probably the absolutely amazing Will Ferrell commercial. Wait, you didn’t see a Will Ferrell commercial? That’s weird…oh, I know. It must be because you don’t live in Nebraska which is the only place in the world it aired.

RELATED: Will Ferrell Wrote And Filmed A Bunch Of Old Milwaukee Beer Ads For Free For Some Reason

In case you forgot, back in December, we brought you the awesomely bizarre story of the ads Will Ferrell was making Old Milwaukee beer. What was so weird about it? Well, the ads were only airing in Wisconsin and, apparently, they were entirely Ferrell’s idea and he wasn’t getting paid for them. Pretty odd, huh?

It turns out that he’s still up to it and made a new ad specially for the Super Bowl and specially for Nebraska. The rest of us had to make due with a fairly poor quality version that showed up on YouTube shortly after. However, we here at Mediaite have a little TV magic at our disposal and got a nicer copy for you all.

So, in case you’re from any other place on planet earth other than Nebraska (or just want to watch it again), here it is. It aired on Nebraska’s KNOP shortly before the Halftime Report: