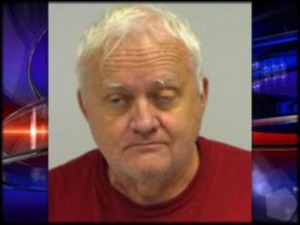 In Florida this week, Erik Lawrence Pidrman received a sentence of two years in federal prison for calling up and threatening the life of Rep. Ginny Brown-Waite. Before he was sentenced, Pidrman put some of the blame on his viewing of MSNBC. We can now score a point for MSNBC in the eternal battle to see which network can best turn their wackier audience members into frothing lunatics, a competition second only to the ratings in determining cable news supremacy.

From the Tampa Tribune:

“Eric Lawrence Pidrman, 66, claims he was in an alcoholic blackout when he telephoned Brown-Waite’s office about 6:30 a.m. on March 25 and left a message saying he had 27 people who would make sure she ‘doesn’t live to see her next term.’

‘I’m terribly sorry that it ever happened,’ Pidrman said this morning before he was sentenced. At the time of the morning he made the call, he said, ‘I very often watch the recycled news shows on MSNBC.’

When agents questioned Pidrman in April, he said he was upset about threats reportedly made against Democrats during the health care debate. He said he probably thought, ‘Let me scare one of those righties.'”

This should silence all of those lefties who claim that only Fox News inspires this kind of nonsense as well as all of those righties who claim that MSNBC doesn’t have any devoted fans. It’ll be interesting though, to see if the story gets any traction. It’s safe to say that Pidrman would be a household name if he had pledged allegiance to Glenn Beck. At the very least, it looks like Jon Stewart’s got another poster child for his “Rally to Restore Sanity.”