We Are Forgetting: Why 9/11 Commemorative Programming Is Necessary 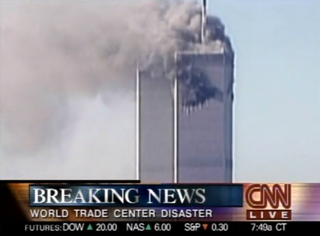 America is starting to forget September 11th, 2001. It is a natural process– much of today’s population was either not born at the time or too young to remember, and those cursed with being merely alive but not participating in the true grief of the event are growing exhausted of the burden. Many in the media will implore us to forget the day, to move on with dignity, but the temptation to trivialize the pain lest “the terrorists win” comes at a significant detriment to those who can’t forget what they don’t remember.

It is near impossible for any of us with some consciousness on that day to comprehend that it is possible to forget the pain. The images continue to paralyze the soul today the same way they did when disbelief froze the nation a decade ago. As the commemorative programs continue to air all week, one feels a sense of urgency to look away, to do something to make it stop. For all the sex and violence the FCC routinely draws curtains on, it is impossible for many of us who were children when we saw these images develop in real-time to conceive of more offensive, more traumatic imagery to broadcast.

A decade later, the fact that the smoke plumes continue to flood our TV screens has turned the barrels of cynicism on the media, after so many years of being aimed nearly exclusively at the government. In the Washington Post this week, columnist E.J. Dionne writes dismissively that “we have looked back for too long” on the attacks, giving weight to a group, al-Qaeda, over which “our country and the world were never threatened by the caliphate of its mad fantasies.” MSNBC’s Touré, in an otherwise thoughtful reflection on the commercialization of 9/11, compared the sharing of experiences on that day to an “AA meeting,” as if anyone with a platform who publicly shares their pain chose to indulge a vice that made them junkies of their own indelible memories.

This is the dark side of American perseverance– the callousness of pretending nothing was ever that big of a deal, that no event merits the level of sacredness to exonerate it from a fate of sacrifice upon the alter of the nation’s greatest deity, Self-Promotion. The aforementioned two critiques were good faith efforts to understand the depth of September 11th’s meaning. While missing the mark, the certainly pale compared to certain Americans today using the tragedy as a sales pitch or the butt of practical jokes, or an active campaign to eradicate an entire religion from our nation.

Meanwhile, in classrooms across the country, children and adolescents who lacked cognition or even the state of life that day are asking what the big deal is. How can any of us expect them to understand 9/11 as anything more than a campaign prop or sob story older people trot out to make them take off their shoes at airports? They didn’t live the emotionally inexplicable and the media constantly condemns itself for talking about it– to many American children and adolescents, 9/11 is little more than that thing everyone makes fun of Rudy Giuliani for being obsessed with.

They ask their teachers why they’ve never known an America at peace, and find images that could easily have been cropped out of The Day After Tomorrow to be an insufficient answer. It is not the magnitude of the event that they do not grasp– it is the reality of it. If reason tells those of us who were there that the events of that day don’t look or feel possible, that we would not have believed it had we not been there, how can we expect those who weren’t alive to understand? To deprive them of answers as complete as can be mustered in the name of fighting commercialization or not cheapening the meaning of the tragedy is a misguided impulse. It is selfish to deny history to those who didn’t live it simply because it’s too painful, dressing this reality up in some righteous call to preserve the sanctity of 9/11, to avoid cheapening its memory. Nothing cheapens a memory more than forgetting it.

My generation will never quite know what a concentration camp is, nor will we (we hope) grasp the magnitude of devastation of which an atomic bomb is capable. We owe much of this to the fact that nearly every school year we were exposed, little by little, to those atrocities and the depravity of their nature. We got to watch those who experienced it retell their stories in documentaries and the occasional special WWII veteran guest speech. In the 21st century, technology gives the next generation concrete proof of the pain, and mass communication envelops them in the experiences of their elders. More than any other generation, they will be able to live a tragedy for the first time, through their eyes, in ways that make those reliving them quiver, some with cynicism, others with pure pain: a small price to pay to honor the fallen.