‘We Are Not Journalists’: Serial-Inspired Podcast Shoots to Top of iTunes 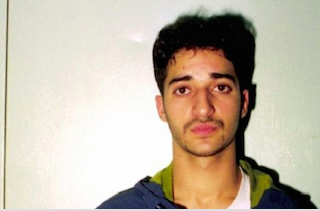 It’s not Serial. But it’s the closest thing fans of Sarah Koenig‘s groundbreaking podcast about a 1999 Baltimore murder are going to get.

After releasing its first episode on Monday, Undisclosed: The State v. Adnan Syed has already reached the top of iTunes’ top podcasts charts, meaning it has racked up more new subscribers and downloads than heavyweights like This American Life and Radiolab.

Unlike Serial, which was framed as a purely journalistic investigation into Adnan Syed’s alleged murder of his high school girlfriend Hae Min Lee, Undisclosed is an admitted act of advocacy. Created by Rabia Chaudry, the lawyer and family friend of Syed’s who originally brought the story of Koenig’s attention, along with two other attorneys, Susan Simpson and Colin Miller, the podcast with chronicle a new appeal in the case.

“We are not journalists or podcasters, we’re three lawyers who are interested in the minute details of the case of the State vs. Adnan Syed,” Chaudry says in the first episode, doing her best Koenig impression. “We like getting into the weeds and we plan on taking you with us. This is not going to be a beautifully-crafted narrative like Serial, but it will be a run down many rabbit holes in the case.”

Reached by email, a producer of Serial made clear to Mediaite that their team is unaffiliated with Undisclosed and will have no involvement in the work that they are doing. A second season of Serial is reportedly in the works, but neither the dates nor the subject matter have been announced.

Listen to the full first episode below: