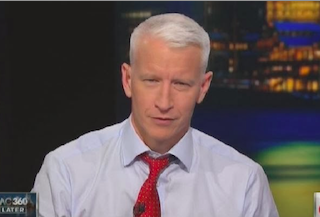 CNN’s AC360 Later dropped to just 46K in the 25-54 demo Wednesday night, putting the show in distant 3rd place at 10pm behind Fox’s Hannity with 329K and MSNBC’s The Last Word with Lawrence O’Donnell with 239K.