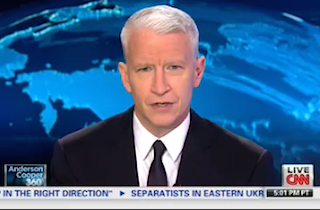 CNN’s ratings in the 25-54 demo during primetime dropped to an average of just 81K Wednesday night, putting the network in last place behind Fox, MSNBC and HLN. With 88K viewers in the demo, Anderson Cooper 360 led off CNN at 8 p.m., followed by CNN Tonight with Bill Weir, which had 71K and CNN Special Report with Don Lemon, which had 83K. Just last Wednesday, CNN was averaging more than double those numbers with 170K in the demo.