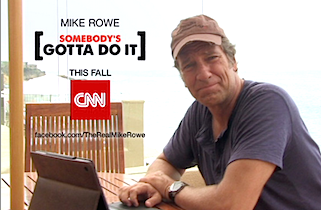 With an average 303K viewers in the primetime demo Wednesday, CNN nearly tripled MSNBC, which averaged 116K. The success for CNN came primarily from Mike Rowe’s new Somebody’s Gotta Do It show at 9 p.m., which was the demo ratings leader for CNN with 339K.

A low point for MSNBC came during the 8 p.m. hour when All In with Chris Hayes had just 87K viewers in the demo compared to Anderson Cooper 360′s 295K on CNN. Fox News led the primetime demo ratings with 464K.