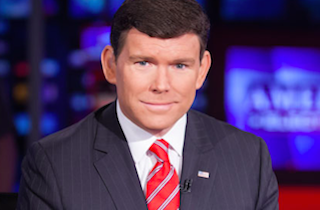 Fox News’ Special Report with Bret Baier was the second highest rated show in the primetime, 25-54 demo Wednesday night, besting all other cable news programs besides Fox’s The O’Reilly Factor. Bret Baier had 281K viewers in the demo at 6 p.m., while Bill O’Reilly had 428K at 8 p.m.

In total viewers, O’Reilly was also #1 with 2.531M. The Five came in second with 1.931M and Baier was third with 1.914M. During his 6 p.m. time slot, Baier beat his CNN and MSNBC competition combined in both the demo and total viewers.