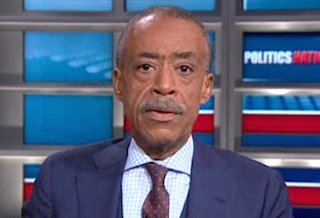 With 49K viewers in the 25-54 demo Wednesday evening, PoliticsNation with Al Sharpton was not only the lowest rated show in its time slot, but also across all shows on Fox News, CNN and MSNBC. At 6 p.m., Fox’s Special Report with Bret Baier was #1 with 309K in the demo, followed by CNN’s The Situation Room with Wolf Blitzer with 102K and HLN’s Forensic Files with 74K.

In total viewers, Al Sharpton came in second place during his time slot with 473K, ahead of CNN and HLN, but behind Fox News.