Wednesday Ratings: Maddow Beats Everyone Except O’Reilly In The Demo
ratings

Wednesday Ratings: Maddow Beats Everyone Except O’Reilly In The Demo 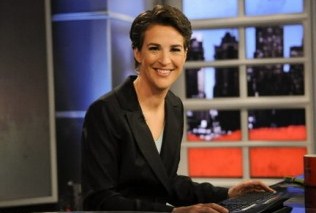 Wednesday evening, MSNBC’s Rachel Maddow beat everyone on cable news in the key 25-54 demo, save for Fox’s Bill O’Reilly.

Maddow’s 394k demo viewership was enough to beat everyone on all cable news networks, except for O’Reilly who scored 537k in the demo. In total viewership, however, Maddow’s (1.38M) was not enough to beat out Fox hosts O’Reilly (3.04M), Sean Hannity (1.86M), and Greta Van Susteren (1.42M).