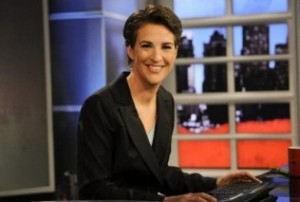 Rachel Maddow beat all of cable news in the demo on Wednesday, including Fox News’ Bill O’Reilly, Sean Hannity and Greta Van Susteren. In total viewers, she fell behind Fox News, but drew in higher ratings than the rest of MSNBC, as well as CNN and HLN.

Fellow MSNBC-er Lawrence O’Donnell also beat Hannity in the demo, as he did on Tuesday also. Elsewhere, Anderson Cooper brought in CNN’s highest ratings in both the demo and total viewers.