What Is Clinical Death | Mubarak
video 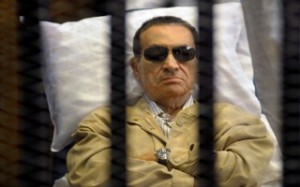 Reports that deposed Egyptian President Hosni Mubarak is ‘clinically dead’ are being contradicted by news agencies that are reporting the ousted former leader is alive but on a respirator following a massive stroke. But what is clinical death and why is this condition potentially confusing?

The condition can onset following a cardiac arrest or after a major stroke – both of which Mubarak suffered on Tuesday.

Both Reuters and The Washington Post have reported that Egyptian state television is broadcasting erroneous reports that Mubarak is “clinically dead.”

CNN’s John King has reported that Mubarak is in critical condition and remains on a respirator following a stroke and a subsequent heart attack:

SCAF tells @CNN #Mubarak is NOT “clinically dead” but he’s in critical condition and his health is deteriorating. Tune in to @JohnKingUSA.

Egypt has been disrupted by protests since the nation’s highest court invalidated the results of a parliamentary election which handed the military control over the state’s legislature. A presidential election last weekend which delivered a victory to the Muslim Brotherhood’s candidate has created a stalemate and exacerbated protests in the streets.

Below is the initial report of Mubarak’s death via CNN: