Which President Did Jay Leno Mock the Most Over the Last 22 Years? 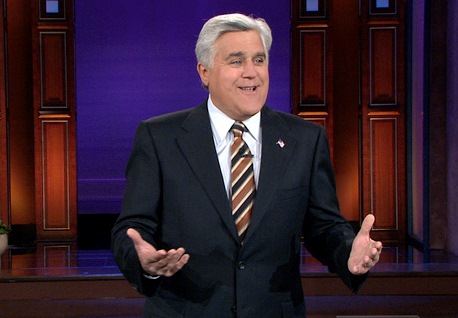 On Thursday night, Jay Leno will host the Tonight Show for the last time (unless something crazy happens). Since he took over for Johnny Carson in 1992, Leno has made a lot of jokes about a lot of prominent people. But according to a new study, the man who found himself the butt of Leno’s jokes the most was former President Bill Clinton.

The Center for Media and Public Affairs at George Mason University looked at 43,892 jokes about public figures from the last 22 years and found that 4,607 of them were about Bill Clinton. That put the 42nd president far above former President George W. Bush, about whom Leno made 3.239 jokes. As the only other president to serve during Leno’s tenure, Barack Obama actually came in fourth with 1,011 jokes, just behind former Vice President Al Gore with 1,026. Rounding out the top five was Hillary Clinton with 939 jokes.

Leno picked up the pace on his Obama jokes during his final year, hammering the president night after night on Obamacare, the NSA and other “scandals,” but with only five years of his presidency to cover, it couldn’t come anywhere close to Clinton and Bush. Overall, CMPA found that Democrats received 10,885 jokes, 15 % more than the 9,465 jokes directed at Republicans, which makes sense since a Democrat held the White House 13 of the 22 years that Leno was on the air.