Who Is This White Christian Rock Producer to Tell Oprah ‘America Isn’t Racist’? 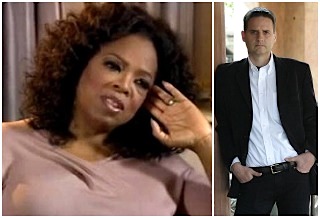 It seems like every couple of weeks these days, Oprah Winfrey says something about America’s racist past, present and/or future that serves to unify the right against her in angry opposition. Most recently, during an interview with the BBC, Winfrey said she believed that “disrespect” of President Barack Obama “occurs in some cases, and maybe even many cases, because he’s African-American.”

Winfrey’s comments drew the ire of at least three different Fox News programs that questioned whether it was in fact racism that led many people to criticize the president. But none of them went to far as to say that racism outright doesn’t exist.

That job was left to a man named Mark Joseph, who penned an op-ed for USA Today Monday that aims to tell Winfrey just that. “No, Oprah, America isn’t racist,” the headline reads.

Joseph’s bio at the bottom of the column lists his jobs as “author and producer” but he’s best known for producing Christian rockers like Creed’s Scott Stapp as well as the soundtrack for The Passion of the Christ. In the article, he describes his idyllic “colorblind” Chicago childhood in which “I had no idea what my friends’ ethnic origins were.” He writes that he knew about racism from books like Black Like Me, “but the idea of discriminating on the basis of race simply made no sense to my young mind.”

“Oprah is still living in that other time and era in which people separated themselves from one another primarily on the basis of race — a real time to be sure — but one that is, for the most part, not our reality today. That’s especially so at the highest levels of politics and entertainment.”

Joseph goes on the demonstrate how non-racist his tea party friends are by the fact that they would rather their hypothetical daughters marry Clarence Thomas than Chris Matthews. Besides the fact that it’s odd any of Joseph’s friends would want said hypothetical daughters marrying men in their mid-to-late sixties, the fact that a handful of conservatives would rather “spend their holidays with a son-in-law who looks nothing like them but shares their values rather than one who merely shares their skin color” proves nothing about institutional racism in America.

Futhermore, Joseph says the fact that “in the past 100 years, six presidents were shot at, one killed, another impeached and two driven from office” means people hate presidents in general and therefore hatred of Obama couldn’t possibly ever be based on race.

Joseph ends his piece with a hopeful look to the future “when we all look like actor and TV host Mario Lopez” and “it will simply be impossible to find people of a different skin color, let alone hate on the basis of it.”

He’s right, maybe someday the world will be inhabited by one, peaceful mono-race. But in the year 2013, less than 150 years after slavery was eradicated in the United States, we have an African-American president who is faced with more than his fair share of “disrespect.” That’s the reality that Winfrey was talking about. And for this man to tell her “America isn’t racist,” is not only wrong, it’s offensive.