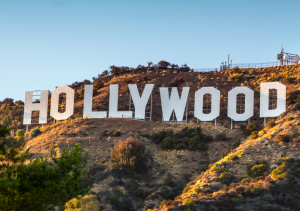 We should be having a healthy, robust debate over guns and mental health treatment in the wake of several mass shootings over the past few years, but one target that gets unfairly maligned in this fight is Hollywood. Yes, this is a defense of Hollywood. And in spite of how many Hollywood celebrities are personally in favor of gun control, a lot of them still make movies and TV shows with lots of violence in them. But to say that Hollywood “glorifies violence” is to paint such a broad brush without appreciating simple things like artistic license and the difference between depiction and endorsement.

This argument was addressed in the midst of a panel on Piers Morgan‘s CNN show tonight in the midst of a debate on guns between the host, actor William Baldwin, and the libertarian entertainer Penn Jillette. Baldwin brought up how he was part of a Hollywood group in the 90s that testified before the Senate on violence in the media, and accused the entertainment industry of “hiding behind the first amendment.” Yes, because the right to free expression is such a convenient out for people.

“There is no violence in entertainment. None. Zero. There is the artistic depiction of violence.”

Here’s the exchange in question:

There are a couple of interesting points behind what Jillette is arguing here. Firstly, people cannot simply evolve like Pokémon into being violent people just because they saw that in the movies. It’s a depiction of (in many cases) wildly unrealistic violence, and the only way young children are going to be able to duplicate that kind of violence is if daddy has a private arsenal in the basement.

If children are exhibiting violent behavior at home or at school, there might be more to it than “we let him watch Die Hard.” Child psychology is far more complex than that, it’s based on a wide variety of external stimuli and exposure to violence in and outside the home. Even if watching a violent movie or playing a video game may have contributed to a child acting violently, it won’t necessarily be the main contributor.

Secondly, Jillette picks up on what a lot of people really don’t understand about popular culture. Depiction is not the same thing as endorsement. Just because there’s a lot of violence in a film does not mean the people making and participating in it condone it. This was a point lost on many liberal critics of Zero Dark Thirty, who were insisting that the only reason scenes of torture were included because Kathryn Bigelow thinks it’s okay. Bigelow vehemently denied she was endorsing torture, merely highlighting it as a realistic part of what the United States did in its decade-long quest to track down Osama bin Laden.

And thirdly, “glorifying violence” only makes sense if you accept that every time any movie and television show utilizes violence it is only for the sake of violence and not, perhaps, for some greater artistic vision. Violence in certain works of art can have an important purpose to it.

Oh, and as a sidenote, all these films with so much violence that really worries people generally aren’t aimed at young audiences. They’re PG-13 and R, and the only way they’re seeing them is if their parents take them to it.

Pundits and columnists like Campbell Brown have called on President Obama to show some bravery and take on the entertainment lobby. But does anyone on the left or right honestly think the world would be a better place or that we would have less massacres if the government told Hollywood how much violence is appropriate?

Individual movie studios and actors had the right to determine whether their film was appropriate to release around the time of shootings like in Florida (the Ben Stiller movie Neighborhood Watch was pushed back and retitled The Watch in the wake of the Trayvon Martin shooting) and in Aurora (the trailer for Gangster Squad had to be re-edited to remove a scene depicting gun violence in a movie theater). But they also have the right to stand by their work and its independence from current events. Quentin Tarantino is a perfect example of this, given how passionately he defended the violence in Django Unchained.

But there’s two types of violence in this film: There’s the brutal reality that slaves lived under for … 245 years, and then there’s the violence of Django’s retribution. And that’s movie violence, and that’s fun and that’s cool, and that’s really enjoyable and kind of what you’re waiting for.”

Hollywood does not need to further censor itself, because Hollywood is not driving anyone to commit acts of violence. And neither are video games, for that matter. We’ve been over this time and again. I’m all in favor of giving parents the tools to make more informed decisions about what they let their children watch and play, but that’ a problem that needs to be dealt with between families, not by demanding Hollywood satisfy everyone’s desire for how much less violence they ought to allow.