Why Is Trump Avoiding Sunday Shows for First Time in Months? 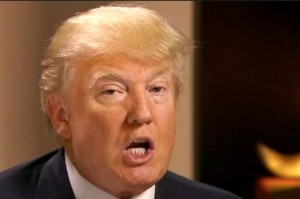 For those of you who like to keep up with the news on Sundays, have you noticed something missing? Like a giant gaping hole in the shape of American greatness personified?

Yes, Donald Trump was not on any of the Sunday shows this morning, which is pretty notable, considering a day where he only appears on just one of those shows is considered a Trump-lite day for us media gazers.

CNN’s Brian Stelter pointed out this rather strange weekend disappearance from Trump and said that this is the first time in five months that the GOP frontrunner has not appeared on any Sunday shows.

Which begs the question: why?

It can’t be that he’s had a terrible week––the only hiccups he’s had have been losing Wisconsin and delegate problems––and even if it was a bad week, he’s had far worse weeks and has been on the Sunday shows regardless.

Stelter mentioned someone he spoke to suggested that it might have to do with avoiding further errors. And if that’s the case, the Trump campaign shakeup may be more significant than we assumed.

Something else that’s worth highlighting here: whether or not this had anything to do with Trump backing out of the spotlight this week, this week may have been the first of the campaign where the fighting in the Democratic race finally eclipsed the fighting on the Republican side.