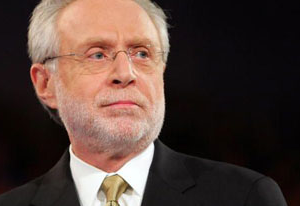 •As Egypt’s Hosni Mubarak teased the world with his will-I-or-won’t-I speech to his nation Thursday, viewership across cable news was up, especially at Wolf Blitzer‘s Situation Room on CNN, which attracted 1,036,000 viewers at 5 p.m., more than enough to put Sit Room into second place ahead of Chris Matthews on MSNBC, but still far behind Glenn Beck on Fox News, which had a total audience of 2,243,000. In terms of viewers 25-54, Blitzer more than doubled Matthews’ audience, 286,000 to 137,000. Beck had 502,000.

•With Egypt driving most of the coverage Thursday, CNN took second place across the board ahead of MSNBC–Parker Spitzer ahead of Lawrence O’Donnell, Piers Morgan beating Rachel Maddow, and Anderson Cooper easily outdistancing Ed Schultz. Fox News, however, dominated the raw numbers in every timeslot, even beating CNN, MSNBC, HLN and CNBC combined in terms of total viewers.