Your Handy Guide To Potential Super Bowl Teams, Part One: The Jets

Your Handy Guide To Potential Super Bowl Teams, Part One: The Jets 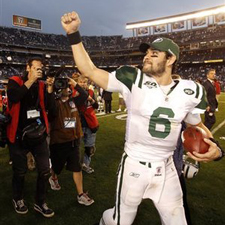 As the NFL playoffs come down to the final four teams, the national sports media begins to ponder the potential matchups – and the potential storylines – of Super Bowl XLIV.  What games would provide the most drama? What combination of teams, cities, and personalities would make for the most compelling television?  What games would be fun to watch? For the NFL, at least this year, there is no wrong answer to those questions.

Regardless of the outcomes of the two playoff games this weekend, the Super Bowl will have plenty of compelling story lines. Mediaite presents a four part series where we tell you who’s left in the NFL playoffs, why they matter, and what the media will not stop talking about if they earn a trip to the big game. Part one: The New York Jets.

What You Need To Know: The Jets come into the AFC Championship as heavy underdogs, having gotten to this point after being left for dead just a few weeks ago. This worked to their benefit, as the New York media’s usual psychotic expectations were tempered: the Jets were in, and after their tumultuous season, that was good enough. Now, with a chance to play in the Super Bowl, everything after this is a bonus. 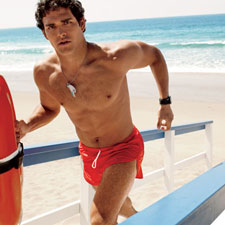 Who matters: Mark Sanchez, the GQ Model and rookie quarterback who’s shown genuine potential at times, but is still prone to rookie mistakes. Rex Ryan, the larger-than-life personality who bucks the trend of boring NFL coaches; he’s openly wept in team meetings, and recently unveiled a Jets itinerary that included a Super Bowl victory parade. Darrelle Revis, the supremely talented cornerback who might be this generation’s best defensive player (see the video below). Woody Johnson, team owner and father of Casey Johnson, the socialite who was found dead earlier this month amidst mysterious circumstances.

The Potential Angle(s): The Jets, led by a first-year quarterback and a first-year head coach, are the only team left who no one saw coming. They are the only genuine underdog in this weekend’s games, and each improbable victory adds to their allure.

If They Win, The Media Would Love To See Them Play: The Minnesota Vikings. Last year, Brett Favre, the iconic quarterback and subject of those often-made-fun-of Wrangler commercials, came out of retirement to join the Jets. One disappointing season and a few jabs later, Brett is now a Minnesota Viking, and a potential Super Bowl opponent for the Jets. The media would have their jobs pretty much done for them.

If They Win, The Funnest Game To Watch Will Be: a match up with the New Orleans Saints. The Saints have the best offense remaining in the playoffs, and their wide-open attack would be a perfect foil to the Jets vaunted defense. Plus, neither team has won a Super Bowl in 40 years. Somebody’s breaking that dry streak.

Below, check out Darrelle Revis’ amazing interception from last week’s game. Be sure to watch the entire video, because even the announcers aren’t sure what happened until they see the replay.