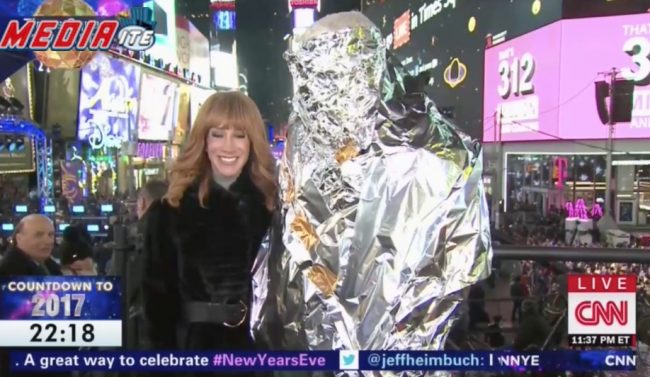 CNN has severed ties with comedian Kathy Griffin in response to a gory photoshoot in which she posed with a facsimile of President Donald Trump’s severed head.

The comedian’s termination was announced in a CNN Communications tweet:

CNN has terminated our agreement with Kathy Griffin to appear on our New Year’s Eve program.

Griffin hosts CNN’s New Years Eve event with anchor Anderson Cooper, but the network came under intense pressure to sever ties with her after a photo of her shoot appeared on TMZ.

“Yes CNN has terminated our agreement with Kathy Griffin to appear on our, New Yearąs Eve program,” a CNN spokesperson told Mediaite. The network has not decided who will replace Griffin on the special.