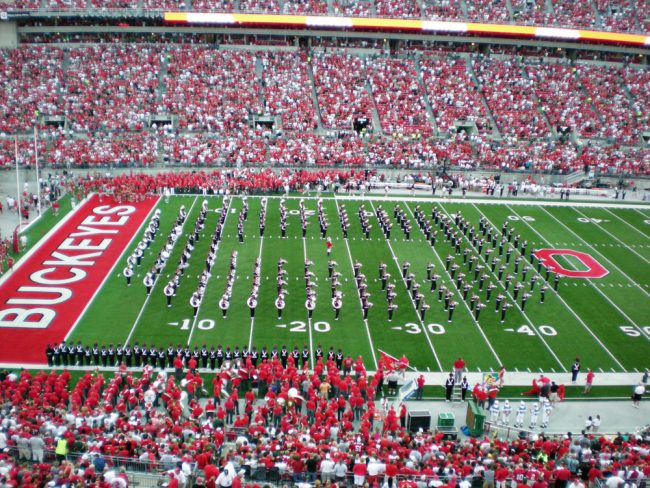 The college football season is getting serious. And Saturday afternoon features perhaps the biggest game of the year to date. Undefeated No. 2 ranked Penn State heads to Columbus for a showdown against the No. 6 Ohio State Buckeyes.

Penn State has been magnificent — led by superstar running back Saquon Barkley, who appears to be the Heisman frontrunner going into November. The Nittany Lions played one close game this season, at Iowa on Sep. 23. Other than that, no one has challenged this prolific squad. That includes Michigan, which got thrashed by Penn State last week 42-13. The Nittany Lions seem to be for real.

Ohio State has bounced back nicely after an early-season home loss to Oklahoma. Still, that setback likely means that any hope of making the college football playoff probably rests with them beating the Nittany Lions on Saturday. Coach Urban Meyer’s club has posted five straight blowout wins since the Oklahoma game. But Penn State represents a drastic step up in competition from Ohio State’s recent opponents. Anything less than a top effort will certainly get them beat.

Kickoff is at 3:30 p.m. ET. The game will air on FOX. Gus Johnson and Joel Klatt, the network’s lead college football announce crew, have the call. The action can be streamed free with a cable subscription on pc, cell phone, or tablet via Fox Sports Go — which can be downloaded via the iTunes store, and the Google Play store.