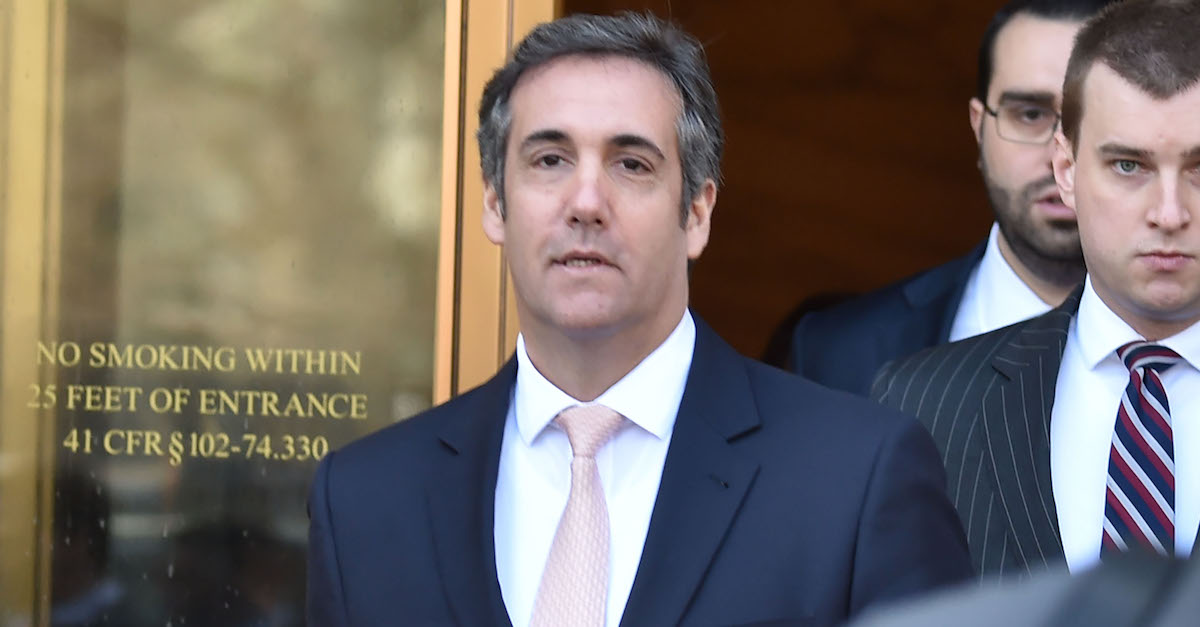 As Michael Cohen continues to prompt questions about whether he’ll turn against his old boss, he’s slamming Donald Trump over his summit with Vladimir Putin.

The president’s ex-personal attorney got on Twitter today and he seemed to join the chorus of critics who condemned Trump for throwing the U.S. intelligence community under the bus by accepting Russia’s denial of interfering in the 2016 election:

As I said to @ABC @GStephanopoulos, “I respect our nation’s intelligence agencies who determined that Russia, had in fact, interfered or meddled in our democratic process. I repudiate Russia’s effort…and call on all Americans to do the same.”

Cohen was referencing the Good Morning America interview where he announced that he’s breaking away from Trump and might cooperate with Robert Mueller amid his current legal troubles. Mueller has been a major component of today’s news cycle since critics say that Trump treated Putin with kid gloves just days after the special counsel brought indictments against 12 Russian military intelligence operatives.