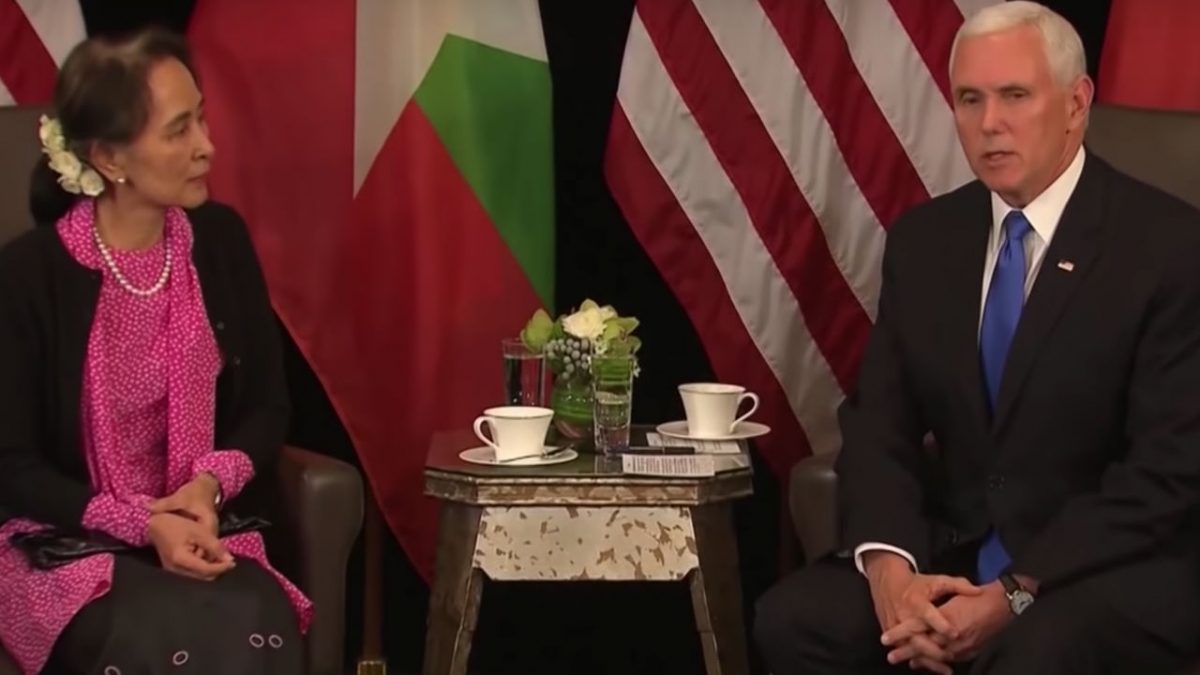 Reuters journalists Wa Lone and Kyaw Soe Oo were arrested in Myanmar in 2017 while they were investigating the massacre of Rohingya Muslims. They were accused of violating the Official Secrets Act and sentenced to seven years in prison. Their case has received national attention and they were among the journalists honored by Time Magazine in their Person of the Year issue.

Last November, Vice President Mike Pence met with Myanmar leader Aung San Suu Kyi. He publicly denounced the persecution of the Rohingya and even brought up the jailing of the Reuters journalists.

A new report from The Washington Post features details on Pence’s attempt to confront her about it in private––and her adamant refusal:

Pence pushed repeatedly for Suu Kyi — Myanmar’s de facto leader and a Nobel Peace Prize laureate — to have her government pardon the pair, according to senior Trump administration officials.

She, in turn, raised her voice and insisted that the reporters had crossed a line by publishing what the government described as state secrets.

“There was virtually no common ground in regard to the journalists,” said a U.S. senior administration official, speaking on the condition of anonymity to discuss the matter with the media. “I didn’t see any sense she would reconsider in any way.”

The article by Post correspondent Shibani Mahtani looks at Suu Kyi’s refusal to order a pardon. Multiple diplomats and government officials said in interviews that she is “playing the most pivotal role in keeping the journalists behind bars.”