Rep. Jeff Van Drew Told Voter He ‘Didn’t Support’ Trump and Would ‘Not Vote For Him’ Just Weeks Before Pledging Loyalty to President 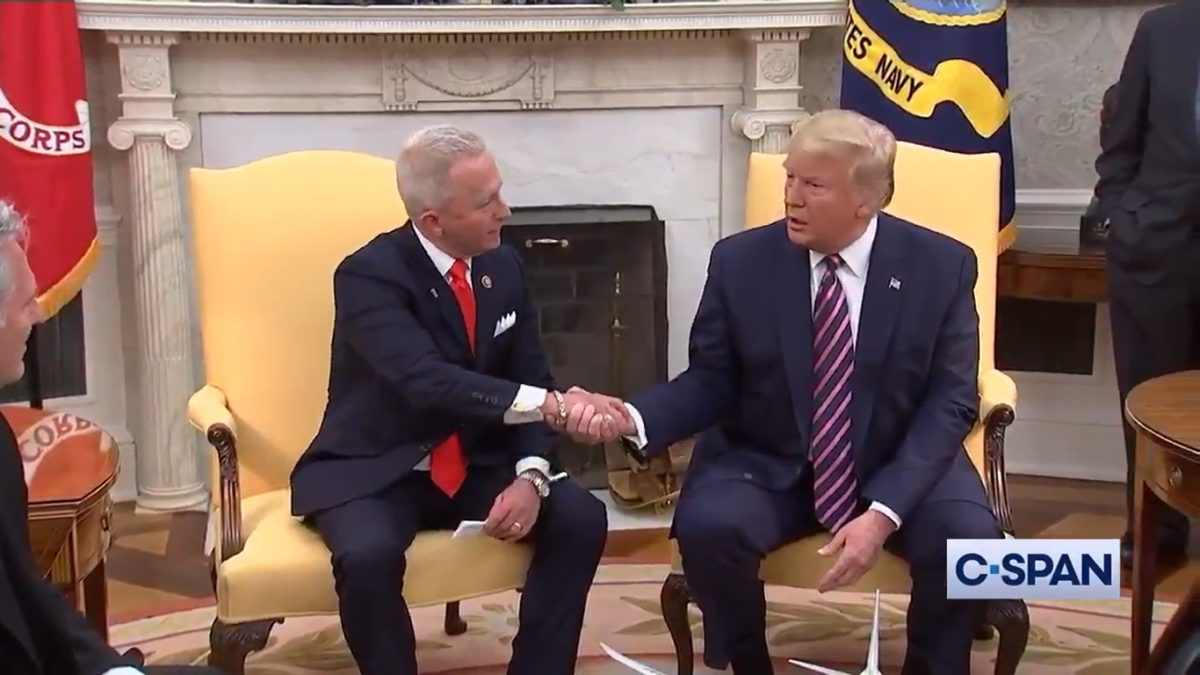 Rep. Jeff Van Drew (R-NJ), who left the Democratic Party for the Republican Party in December, reportedly told a voter he “didn’t support” President Donald Trump and would “not vote for him,” just weeks before switching parties and pledging his “undying support” to the president.

In a voicemail to a South Jersey voter on Nov. 30 2019, which was obtained by the Philadelphia Inquirer, Van Drew declared, “I haven’t voted for him, I didn’t support him, I will not vote for him.”

“I totally understand how you feel and I totally understand your point. This is my concern. I have two of them. One, that we tear the country even further apart because there are millions of people who voted for him that are going to truly think that this is the deep state, or something really is being done here,” he explained. “I’d rather just beat him in a normal election. Secondly my other thought is that regardless of what we do, the Senate is not going to find him guilty. They’ve already said they’re going to find him innocent. When they do, he is still going to be the president, he’s still going to be the presidential candidate, but now he’s going to be able to say to everybody that he is innocent and that he didn’t do anything wrong whatsoever, and that’s going to help him.”

“It’s just going to help him with his base and it’s going to help him with a lot of people. So, I haven’t voted for him, I didn’t support him, I will not vote for him, and I think… that the way to go about this is to just go — in well less than a year now — go and run a good campaign, beat him, and then move on in a regular way, otherwise this thing will never end and it will never go to bed,” Van Drew continued in the voicemail. “It has nothing to do with me winning or losing because, frankly, either way that you do this some people are going to be mad at you for sure.”

“There’s no way you’re going to make everyone happy on this, so I really truly am just trying to do my best and I’m trying to do what I think is right,” he concluded, adding, “God knows if I am, but certainly I am trying.”

Just two weeks later, reports claimed that Van Drew was preparing to switch parties following a private meeting with the president, and on December 19th, the congressman publicly pledged his “undying support” to President Trump.

“I believe that this is just a better fit for me. This is who I am, it’s who I always was,” claimed Van Drew during a press conference, before telling President Trump, “you have my undying support, and always.”

In a statement to the Philadelphia Inquirer, Van Drew said, “I’ve pledged my support for the President in the Oval Office, on the floor of the House when I voted against impeachment, in South Jersey diners and everywhere in between… My support for President Trump couldn’t be more clear — and he’ll hear it again from me in person on Tuesday night in Wildwood.”

Listen above, via the Philadelphia Inquirer